July is coming to an end and nuttin continues to happen in NewMahket. We continue to maintain the bird feeders and bird baths. We call the activity ‘the bird channel.’ The bird channel has been active. Meg says I should create another ‘hot chicks in the bath’ video. Next week is supposed to be hot so it might be a good time for it. 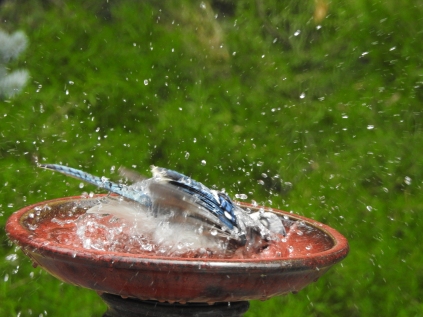 Bluejays do it right 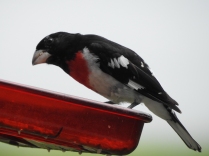 We have been seeing the male turkeys but some hens joined them. There were routinely three adult males and five hens have recently joined them. We didn’t get any chicks this year but they were seen in the woods. The males have ‘beards’ and the female is much smaller. 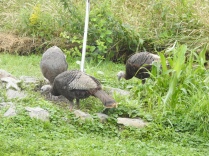 We have several gardens in the yard. We call the one at the back of the yard the ‘Hummingbird and Butterfly Garden.’ We have lots of hummingbirds but very few butterflies this year.

This hummingbird would camp the garden and chase away any intruders that tried to enter it. 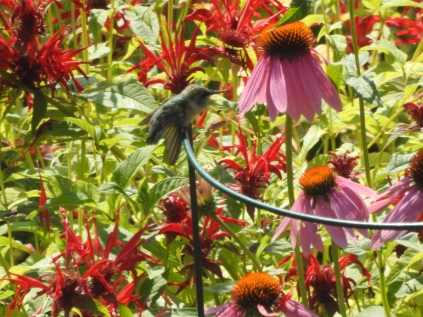 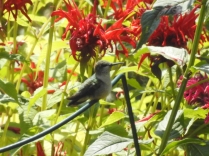 Back by popular demand: ‘Where in the garden is Carmen Hummingbird?’ 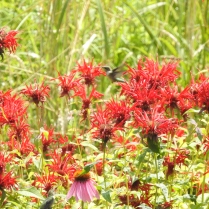 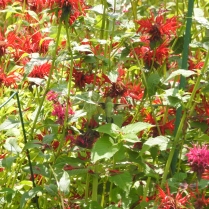 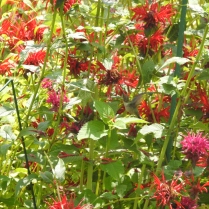 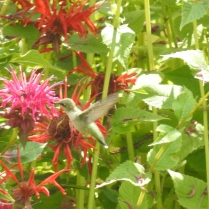 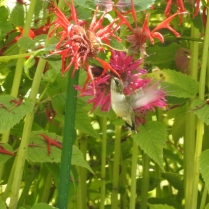 There has also been a murder of crows… 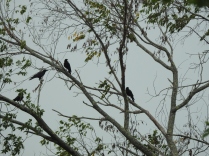 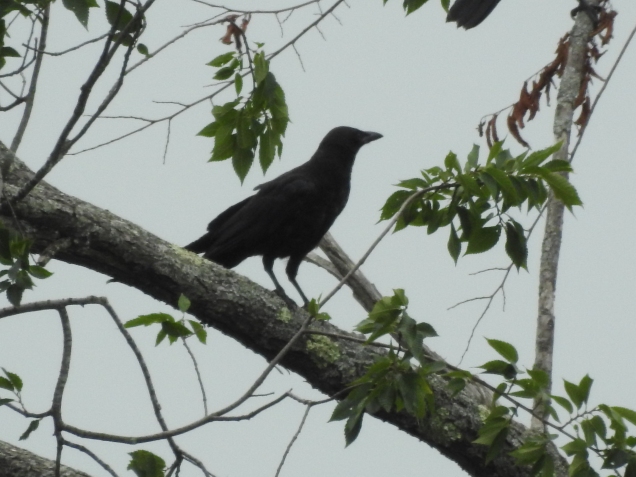 The eagles are routinely on the point. 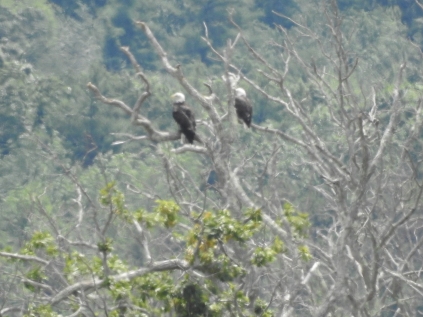 The nesting season is over and the hawks have been allowed to return. 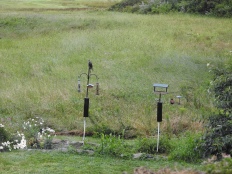 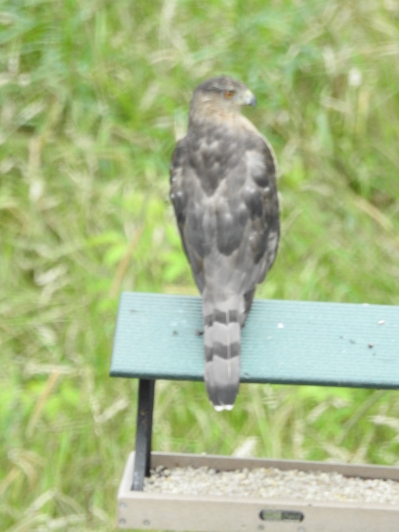 The mammals have been active as well. We see the skunk almost daily. 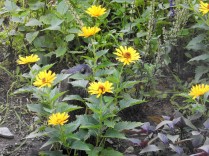 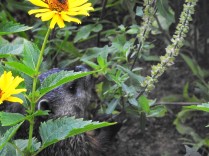 There have also been squirrels in the yard but their numbers seem to be diminishing. I saw a fox chase a squirrel across the yard. At the end of the chase there was a squirrel tail in the yard, which disappeared overnight.

Earlier the fox caught a squirrel. The fox is under the black alder bush. Hopefully we will get better fox pictures sometime.

Somehow I accumulated three hundred and seventy pictures since the last blog. It is clear that things are quiet in NewMahket.

We have had interesting culinary experiences as well. 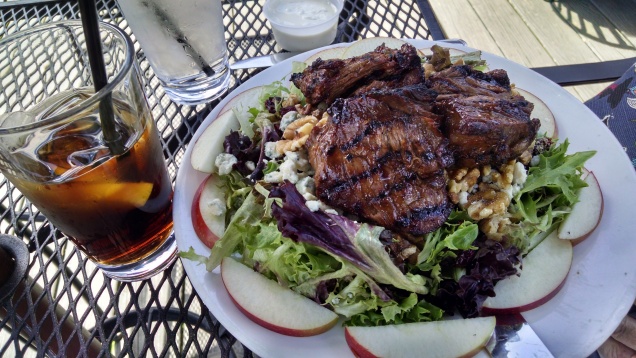